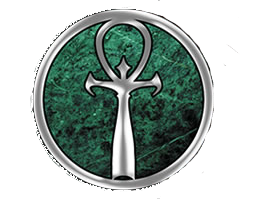 The Camarilla is the largest of vampiric sects, a loose organization which ostensibly represents and protects all vampires by enforcing and promulgating the Masquerade. It is currently composed of seven clans, though officially it considers all Kindred under its purview and welcomes any that obey its laws.

In addition to preventing the growing mortals masses from discovering the existence of vampires, the Camarilla aims to maintain the status quo of Kindred society; as such, much of its structure and traditions mirror that of Cainite society in Europe in the Dark Ages, and places it at odds with the agenda of the Sabbat and Anarchs.

In general, much of the Camarilla's approach to maintaining order involve enacting the Traditions, which among other things means supporting a system of feudal domains and the responsibilities of sires for the conduct of their childer. The latter idea is often taken farther to mean the sire has authority over the childe, and that elder vampires are intrinsically more deserving of respect and fit for leadership than younger vampires.

Whatever the merits of that position may be, it has a tendency to instill great resentment among young Kindred and in the past has driven many to the Anarchs. Older vampires naturally support the social order which they have mastered over the centuries, and in fact much of the Camarilla's policies are designed to facilitate the activities of Kindred who have long ago lost touch with the mortal world.

Have a newly approved PC? Start here! This will give you information on the first steps for a new character in the Camarilla Sphere on City of Hope MUSH.

The Imperial Praxis of Greater Prospect includes Prospect, Carlsbad, and Idyllwild. For an explanation of imperial domains, see pages 3-4 of this document.