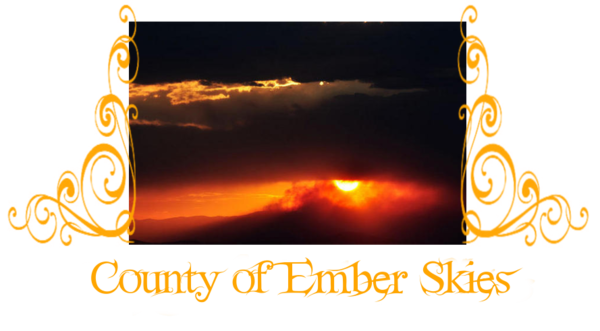 Unseelie county within the Duchy of the Setting Sun, to the very north of Prospect. It would be located in the vicinity of RL Del Mar, California. The NPCs below are offered to provide RP hooks to new and existing PCs.

Recently 'acquired' by a consortium over ne'er-do-well commoners. These ladies are engaged in a variety of low profile extortion, protection rackets and other criminal enterprises giving the port a slightly darker reputation of late.

Previously PC held. Currently watched over by a Knight of the Countess' court (NPC). If you are interested in taking this build over, please contact staff.

Recently vacated, formerly Held by Baron Venali Ryn. Floating Island Freehold that hovers overtop of Berrywick Port and the harbor below. Please contact staff if you wish to rekindle the Balefire here and take over the Hold.

Held by Baron Mejaellin ap Gwydion.
Unseelie Sidhe Wilder. Intensely charismatic leader, and rumored lover to Countess Voughn. Rumor mongers spread rumors that he secretly took her as a lover when she was barely 17, despite the vast difference in their ages, with the knowledge that it was she who would assume the County seat and not him. Some say it was a deliberate act against the Duchess and no small victory when he managed to coax Voughn to take the mantle of her Unseelie side.

Held by Baroness Varda ni Fiona.
Unseelie Troll Wilder. A newly elevated Baroness, Varda took control of the Barony by Voughn's word when the last Seelie holdout, Lady Tamae ni Fiona was lost to Banality. Varda is a rough and ready sort. She is something of a local celebrity Strongwoman/wrestler.

Held by Baron Leonweylln Far Eye ap Eiluned.
Unseelie Sidhe grump. Hardly a stabilizing presence, the mad old Far Eye is known to be one of the most paranoid fae on the west coast. He's also been known for locking down his freehold on a whim, whether or not his people are within its walls. Only the need for provisions and to accept or receive tithes gets his rusty wheels to spin long enough to lower the draw bridge.