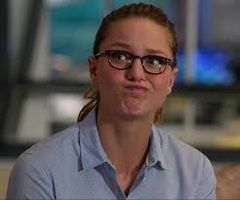 - No one is ever quite normal or sane: however, what we can aim for is 'sane insanity', a non-defensive, self-aware state where we know how and where we are 'broken' and are able to let the world know without anger, undue secrecy or bitterness. “It does not lie within any of our remits to be entirely sane. -

Ciara McDowell is the child of Hamish and Jocasta McDowell. Both immigrants from the Scottish highlands who moved to America in search of a better life. Hamish was a mechanic and Jocasta worked at a bank, both unknowing kinfolks of the Garou soo far down along the lineage that even the spirits had almost forgotten about the McDowells. Generations had passed since a true born had seen the light of the clan. Yet on that night when the winter storms were at it’s peak, when Tambiyah danced with Morrigan a child was born with an exceptional affinity for the spirits. The Waning Crescent moon had a slight orange hue to it as the little girl wailed for the first time.

In mid 2019, young Ciara was studying in the New York University, for once she had decided to bravely attend one of the many parties taking place. Aiming to rid herself of the title as nerd. Beer pong, chugging and the occational ass grabbing had filled the night with laughter and drunkedness and as Ciara walked home, opting to walk isntead of taking a taxi she felt the moon call to her.

Pain erupted in every part of her body as the moon called for her to transform, and as she began to change she heard the cackling laughter of the Riders-of-Aife, the Black Spiral pack sent to pick her up.

What transpired next is lost to Ciara, all she knows is that she was brought to the New York hive, and lived through what many would litteraly call hell. The Metis Nursemaid tutored her in the art of breeding, the Fostern Crescent moon painfully schooled her in the Umbrood protocols, the rituals of the Wyrm and finaly in January 2020 she was allowed to enter the first circle of the Spiral.

As she came back, she was cackling madly, and a crazy shone in her eyes as she was rited M’whaha the Waning Crescent moon.
Barksdale - Big bad Wolf, I'm proud to have to watch my back.

Azoth - Uncle Azzy, I hope you'll teach me all you know.

Katie - Sad girl, I hope I can help you become better
Retrieved from "https://cityofhopemush.net/index.php?title=Ciara&oldid=205880"
Categories: