Thanks for checking out my personal channel. Your curiosity in what makes a person like me tick is noted and appreciated. Sometimes there can be anxiety or even apprehension when dealing with people that have famous faces, but we're probably not so different. Ha ha! For example, I drink, like, a ton of coffee and energy drinks even when I KNOW they're not that good for you, but it's all Gimmeh Da Caffeine and how are you supposed to fight something like that?! Addicted, way way addicted. Woe is me~

I also eat way too much takeout Chinese and pizza. For me, a weekend can be General Tso's or Barbecue Chicken and Bacon with Cheesy Crust. Ugh, how am I supposed to get out and do craaaazeeeee stunts for you guys when I have a brick in my belly? Better go with the Chinese, then. I should probably diet better, but let's face it: I don't even know what a gluten is! I'm pretty sure it's supposed to be something bad for you, like, uh... Carbs! Carbs must be a gluten. Yup. Note to self: avoid anything that tastes like carbboard.

I'm totally joking! I think. But, don't worry, my diet won't interfere with doing some sick stuff for you people, like, totally~ sick~ stuff, or maybe just some more street performing. You guys love that, too, right?

A big shout out to my boy, Alan Trevain, bee tee dubs. If you haven't checked out his channel, Live at Five, you should totally go take a look. We do collabs over on Prospect Today, but you really have to see what he has to offer if you want a closer peek as to the things really going on around where I live. And you knooooow you wanna know more about where I live, because inside all of us is a tiny little super spy with spy gear wanting to put together all the clues and figure out all the things. Well...BRING IT!

Once was enough. Yes, once already, and you all get to fight amongst yourselves figuring out who ruined it for everybody else. I know, so selfish, right? For shame. Shame on you and YOU KNOW WHO YOU ARE! Ah ha ha ha ha. Moving right along...

As most of you know, I love the performing arts as much as I love doing athletic stunts, although I could argue that I sorta roll them all up into one thing. Smasho! Like a sandwich. And everybody loves sandwiches. I mean, you even get to pick and choose your fillings according to channel. Have a nibble here, a taste there, or just binge out on the whole smorgasbord over a weekend. Go aheeeeead, nobody is going to fault you for liking smashed up sandwiches. I mean, everybody knows white sandwich bread tastes so much better when you press it together and get it all flat and-

Now I'm hungry. All this talk about food you keep bringing up, what am I going to do?!

As a young man who has gained a successful following of just over 10 Million Subscribers on his main channel (with a series of channels covering special events, stunts, performances, and daily vlogs) his internet fame and unique appearance can prompt a number of encounters with fans and fellow YouTubers in the 'wilds' of the city along with the potential for meeting new sponsors, collaboration partners, and even social stalkers. Furthermore, due to his fame, he is able to use his influence through Social Media Mediums to sway public opinion on a multitude of matters, but is likely to stay from topics such as religion and politics; talks on those things can quickly ruin a career.

Algernon's best friend, Alan Trevain, is a video and photojournalist for the local independent news programme Live at Five, a fifteen minute broadcast on air and internet, which covers domestic events taking place in and around the city of Prospect with a focus on humanitarian, fitness, and pro-ecology efforts. The two are often seen together. If you have related events you'd like covered without the pomp and fuss of a full syndicated news team, Alan and Algernon can offer a less intrusive alternative to positive coverage.

However, as a journalist and friend duo, more serious mortal matters going down around these two might wind up on camera anyway. Any supernatural events so recorded will be kept out of mortal hands by Algernon's efforts and given to those more appropriate to handle such evidence. 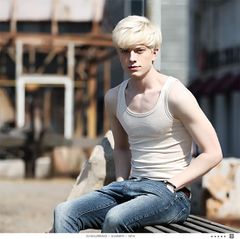 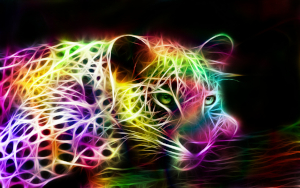 Outfits worn are ever changing, sometimes shifting completely within a single day, ranging from the fashionably mundane to the exotically fantastic.

Whether haute, punk, retro, dramatic, casual, grunge, or retro medieval, this young man isn't afraid to dress according to his mood.

He typically aims for lots of colors; his hair is often streaked with prismatic pastel colors, too, though it is rarely completely dyed. Overall, it is undoubtedly a flamboyance that stands head and shoulders above what most would dare.
Retrieved from "https://cityofhopemush.net/index.php?title=Algernon&oldid=6817"
Categories: